Don’t Let Kids Play Football;
We’ve had hear of The Curse of the Pharaohs, heard about but never Asbestos Curse. We’ve learned a lot about smoking in 50 years and since 1964 that cigarette smoking is harmful to your health. We’ve known that Alcohol can harm multiple organs of a child for more than 40 years and since the mid-70s that asbestos causes cancer and other serious diseases. So we’ve limited smoking and drinking alcohol; we’ve curbed asbestos use. What can we do? Widespread asbestos contamination has again been discovered across a children’s field; first it was the in their crayons and toys, now playing football on a dusty oval. 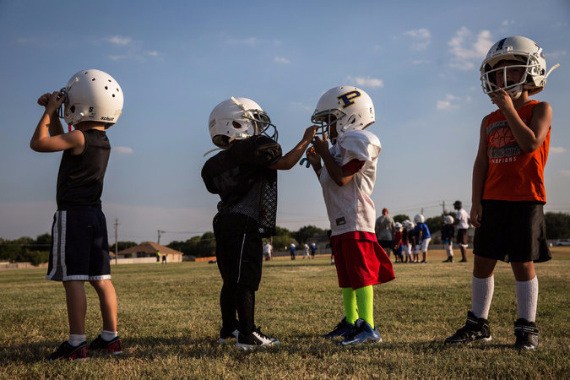 It’s time that we banned our children from playing football, just as we already have passed laws and legal age to keep children from drinking alcohol; smoking, driving and many more and laws to asbestos usage as an industrial product. Why, then, do we continue to expose our children to this risk? We must have the same reaction protecting our children are an urgent moral duty as a society.
While In U.S.A. discussions are” if children should not be allowed to play high-impact contact sports until they are 18 years old” to protecting the organ-brain- that defines who we are as human beings. The forensic pathologist and neuropathologist; Bennet Omalu Bennet Omalu who first discovered chronic traumatic encephalopathy likened in risks of football to smoking, alcohol and asbestos.
The widespread use of asbestos in building industry before 1980 in many countries became now a widespread problem. These old buildings which were built several decades old may have rubble surfacing due to erosion and drought conditions are now coming to the end of their days. The risk of playing football on a dusty oval on grounds contaminated with asbestos in the U.S.A. in certain states may be the question at the heart of a controversy in future. In Libby, Montana, Nevada for example- the question is whether the unmind asbestos safe for local resident or it put our heath under risk? Are asbestos’s deposits, abundant but unmind, harming people?

It is time to protect our children and to be aware about our environment.